Preserving Our Past For the Future

Where are the women in history? Help us to find them.

We need to know our past to understand the present.

Help us to rescue the sources of women’s history in Wales.

We are all part of history. Join us and help build our archive
Jump Down
Previous Next

The next talk in this season’s series of Zoom lectures this winter will be delivered by Jenny Sabine on Wednesday, 19th January 2022, at 4.00. Jenny’s topic will be "Women in Swansea’s Lit and Phil"..

The Women’s Heritage Walk for Cardiff Civic Centre is ready now. Many thanks to Sara Huws of Cardiff University for seeking out such an amazing variety of interesting stories about the notable women of our capital city: from Helen Craggs, the suffragette to to Barbara Hepworth’s striking sculpture ‘Three Obliques (Walk in)’, and several more.

The next talk in this year’s series of Zoom lectures this winter will be delivered by Annie Williams. Her topic will be "Charlotte Price White: Swffragydd ac Ymgyrchydd Heddwch", and will be delivered in Welsh. 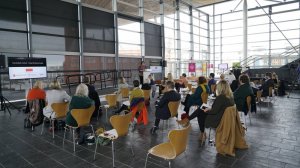 The final event of this project took place, so aptly, on November 9th in the Senedd itself. Due to the pandemic we were restricted to 30 attendees and the event was sponsored by Elin Jones, Llywydd.

Archif Menywod Cymru / Women’s Archive Wales promotes the recognition of women in Welsh history and the preservation of sources of women’s history in Wales.

We do this by: 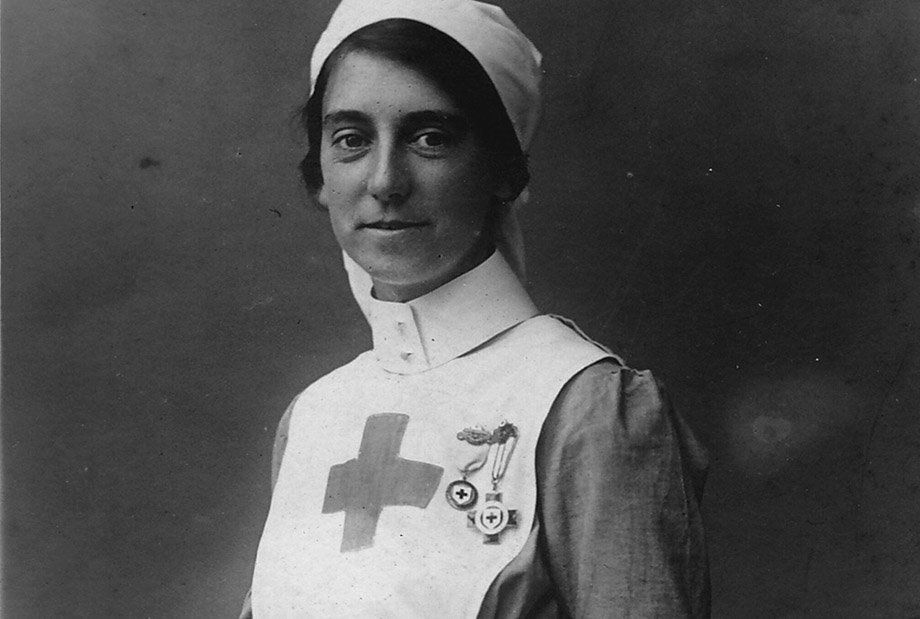 Photograph of Gertrude Rosewarne, a Red Cross Nurse in the First World War. 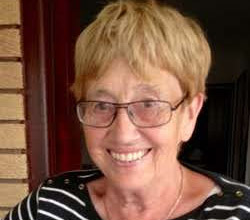 I chose this image because it was a very popular one with the British public as it shows a woman in the traditional role as a carer, unlike later images of women munitions workers or members of the armed forces. This photograph of Gertrude Rosewarne was brought to me in the Archive’s Roadshow in Llanelli by her great nephew.
It is an honour to be the President of AMC/WAW because of its valuable work in rescuing the sources of our history and enabling historians to bring our history to a wide audience.
Emeritus Professor Deirdre Beddoe, President and Founder Member of Archif Menywod Cymru/Women’s Archive Wales

Why not join us or give a donation to our funds?