You are here: Home > The Committee

I moved to Wales in 1994 after teaching and lecturing on English Language, English Literature and Linguistics in Baghdad, Lisbon and London. Since then I’ve written and lectured on the 1847 Report on education in Wales (the ‘Blue Books’) and aspects of women’s writing in 19th-century Wales.

Committee Member from 2017, I'm also a committee member of Honno Press and the Welsh Branch of the Celtic Congress, and a reader for Ceredigion Talking Newspapers.

My favourite image from the collection: 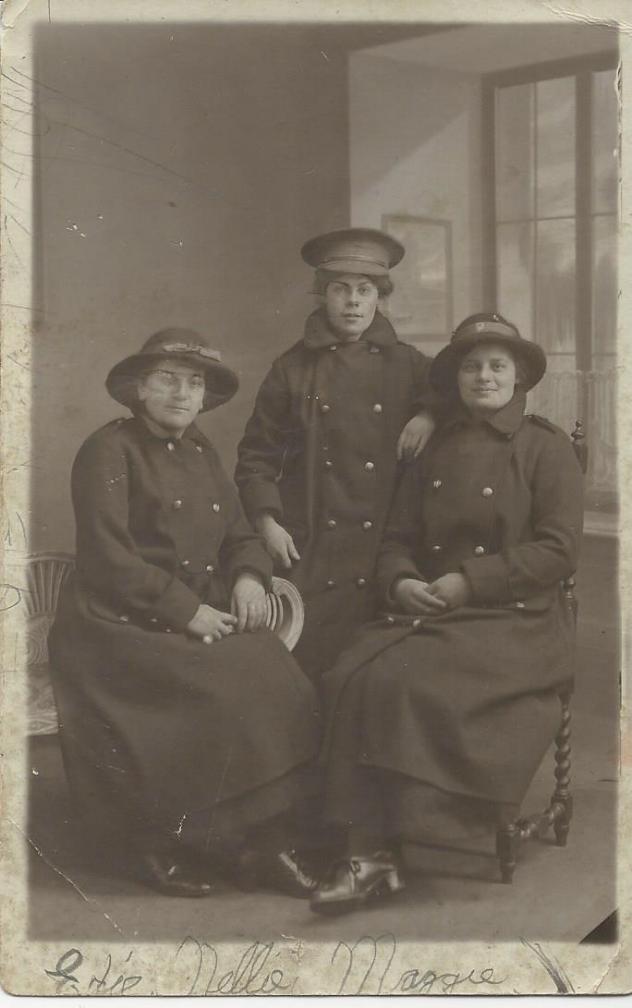 [Photo of ‘Three ticket collectors in official uniform for South Wales Transport in Swansea’, c.1915] [‘Tairtocynwraigyngngwisgswyddogol South Wales Transport, Abertawe’, tua 1915] I’ve chosen this because I like the way they look confident and at ease in their uniforms, and the contrast between the official, posed photo and their scrawled first names – in the short forms you use with friends – at the bottom. The photo also acts as a reminder of the way in which jobs which had previously been reserved for men were opened up to women during WWI – and, in many cases, closed again after the war ended.